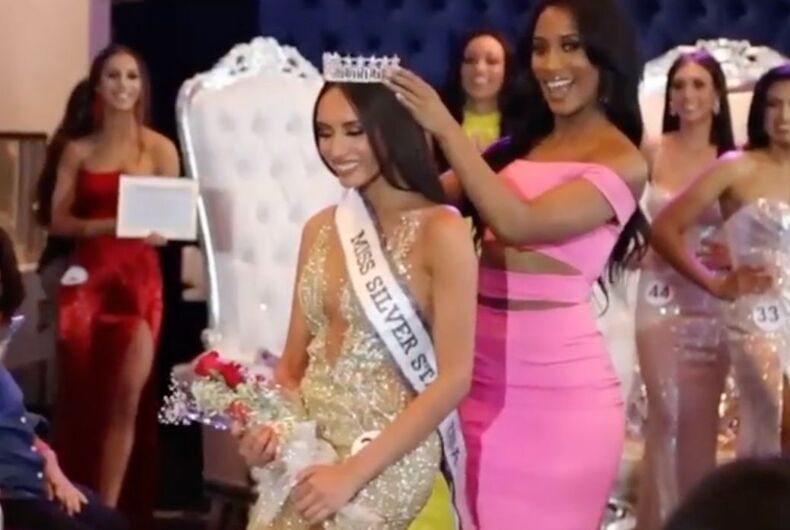 Kataluna Enriquez has made history by becoming the first out transgender woman ever to win the Miss Silver State USA beauty pageant, the state’s largest preliminary competition. Because she won, she will go on to compete in the Miss Nevada USA pageant. If she wins that, she’ll compete for Miss USA, and if she wins that, she’ll go on to compete for Miss Universe.

The 27-year-old champion previously competed in a 2016 transgender pageant, but she began competing in cisgender pageants last year. She is now using her platform partly to discuss the challenges she has faced as a trans person and pageant competitor.

“With pageantry, people think it is only about beauty,” Enriquez told the Las Vegas Review-Journal. “But it’s how you present yourself,

By Keisha P. Crabtree 12 months ago

Pride celebrations over the past month have looked different this year because of the coronavirus pandemic and the nationwide protests against police brutality. In place of the corporate sponsored parades and parties that have become standard over the past few decades, the monthlong celebration of the LGBTQ+ community has gone back to its roots: Stonewall.

This year’s marches, however, have been particularly focused on achieving justice for Black trans people, who are some of the most vulnerable in the community and have largely been left out of mainstream media coverage of police violence.

Not only does it